To close this box, click the 'X' at the top right corner of the popup

NOMINATE SOMEONE WHO HAS MADE AN IMPACT
For the Eminence Awards & Charity Gala on
Wednesday March 25, 2020 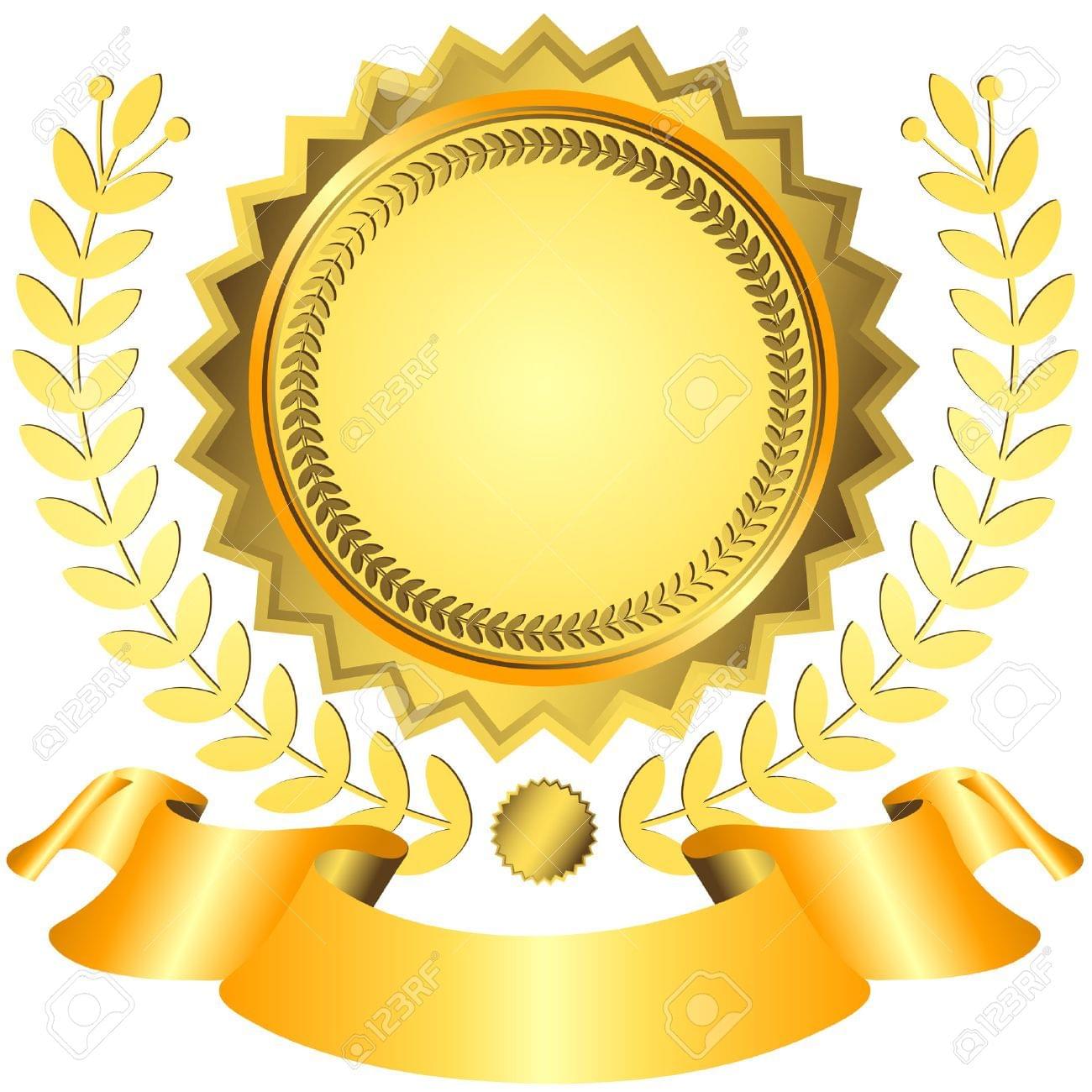 Nominate someone if they have made a positive impact on their community or greater.
They must;
- live in Ontario
- made an impact in Ontario
- be available to attend the Gala
- have attained the age of 18 at the time of being nominated
- must answer a skill testing question
- give permission to be nominated and posted on the website
You can make an unlimited number of nominations, including yourself. No purchase is required in order to make a nomination, however, in order to be eligible to win a prize, the Nominee must have a ticket and be in attendance at the Gala.
The chance of becoming a winner will depend on the number of nominations.
The nomination process can be found HERE
Full rules & details can be found by CLICKING HERE

What you will need to fill in the nomination form;

CLICK HERE TO NOMINATE SOMEONE YOU BELIEVE HAS MADE AN ENORMOUS IMPACT ON THEIR COMMUNITY OR BEYOND
Our Keynotes; 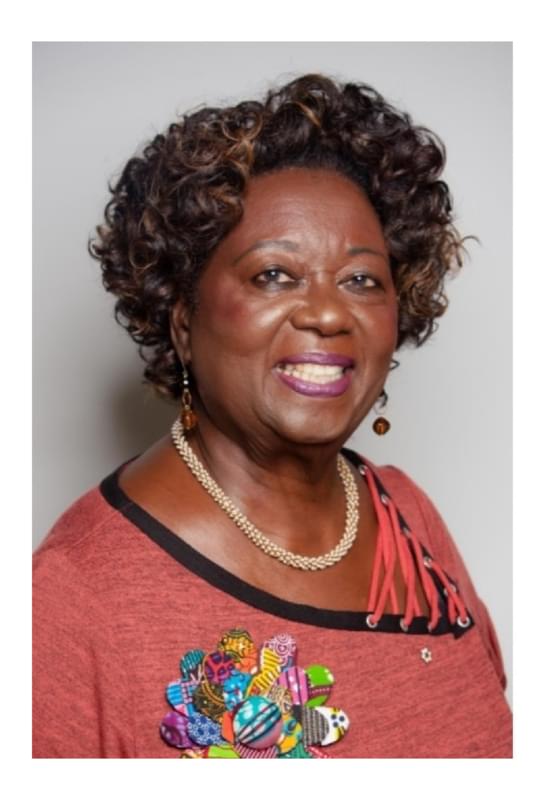 The Honourable Dr. Jean Augustine became the first Black woman elected to the Parliament of Canada in 1993. As an energetic advocate of social justice, she worked as a teacher, vice-principal and principal at many elementary schools in Toronto before entering federal politics.
She has supported and engaged in numerous organizations involved with education and social justice, serving with the National Black Coalition of Canada, the Urban Alliance on Race Relations (UARR), the Board of Governors of York University, the Board of Trustees for The Hospital for Sick Children, the Board of Directors of the Donwood Institute, the Board of Harbourfront, and Chair of the Metro Toronto Housing Authority. She was also National President of the Congress of Black Women of Canada .
Among her many accomplishments as a Member of Parliament, was her introduction of a motion to have February proclaimed as Black History Month in Canada.
In 2009, the Hon. Dr. Jean Augustine was appointed as a Member of the Order of Canada (CM) . In 2012, she was inducted as a Commander of the Order of the British Empire (CBE ) for her academic achievements and invaluable contribution towards politics, education, women’s rights and multiculturalism.
Hon. Jean Augustine has received Honourary doctorates from seven universities across Canada. Dr. Augustine's journey is inspiring – from her humble beginnings in Happy Hill, Grenada to Parliament Hill in Ottawa, Canada. Her tireless journey continues through her work at the Jean Augustine Centre for Young Women's Empowerment in south Etobicoke helping and uplifting girls and young women to achieve success through leadership skills to create social change.

Million Dollar Smiles is a non-profit organization that exists to put smiles on the faces of children facing life-threatening illnesses and medical adversity in their everyday life. Since 2007, this is being accomplished through a wide range of fundraising campaigns that support gift-giving and special MDS community events targeted to children up to the age of 18.
In today’s world we often take many small precious moments for granted, those simple moments that instantly make our lives a little brighter and richer. With every smile given and received, our hearts get a little stronger and in return only bring true happiness. 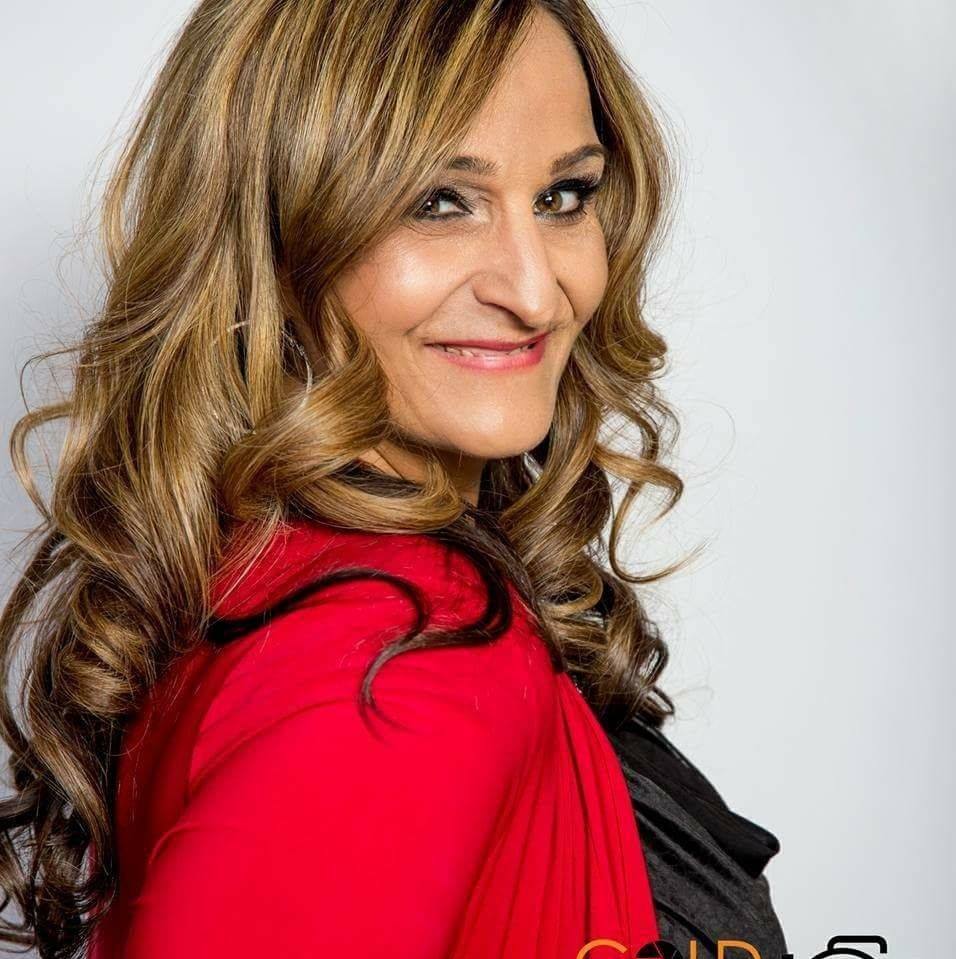 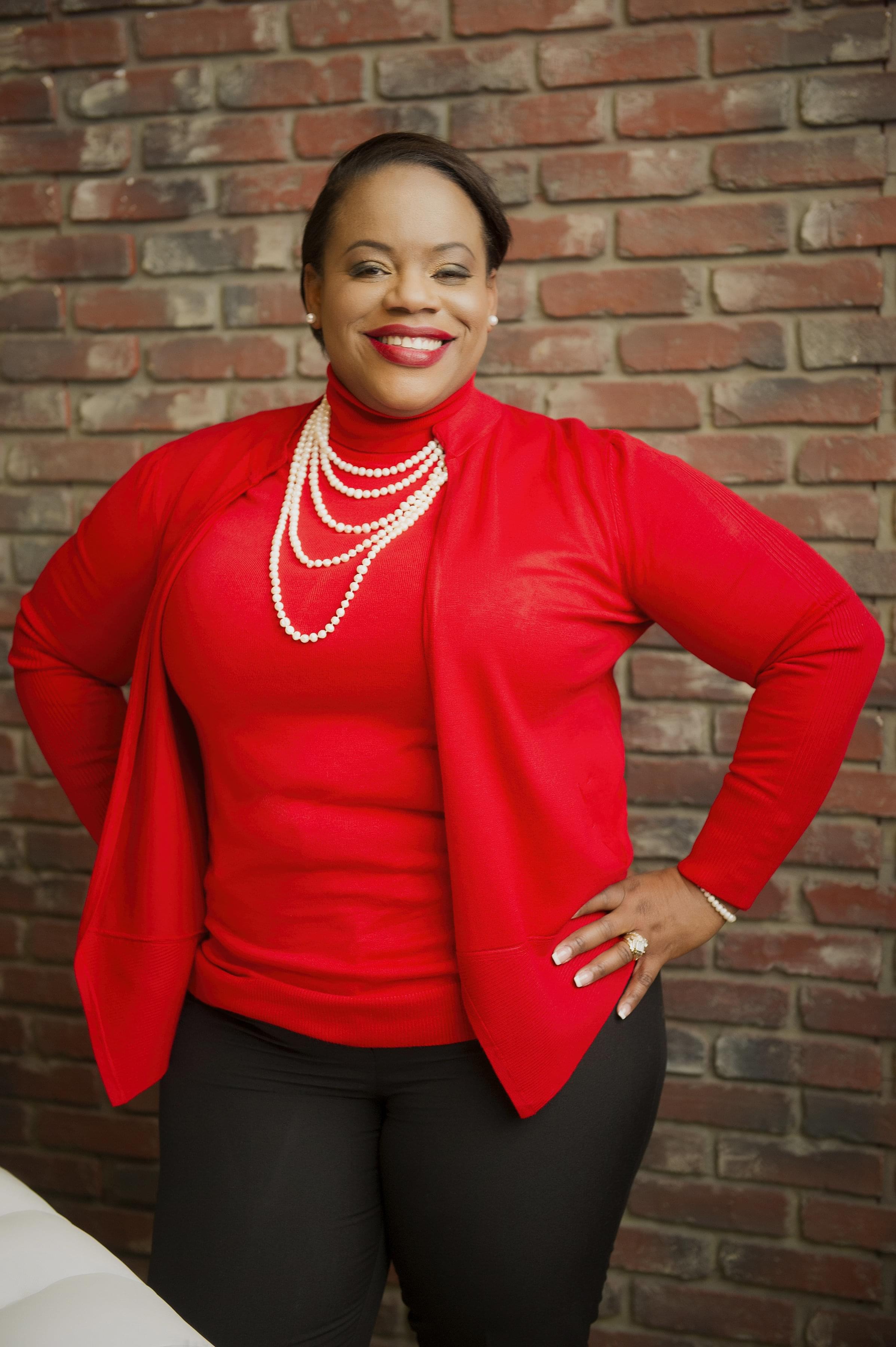 The World’s #1 ‘Rock Star’ International Speaker, Camilita Nuttall is Founder & CEO of Event of Champions®, is a 7-Time Award-Winning Corporate Sales & Business Growth Expert, Business & Wealth Coach, Entrepreneur, Author, Property Investor & Radio Show Host at The Camilita® Podcast.
Featured in FORBES & Quoted in Think & Grow Rich for Women, Camilita has appeared on SKY TV, BBC Business News, Canada's B2B News Network and others. Dr. J B Hill, Napoleon Hill’s grandson quoted Camilita in front of 20,000 people as saying, 'There is no better time than the present to take action to Succeed’.
Camilita has spoken to audiences of thousands across the world, she is the author of 3 eBooks, a top sales expert who did in excess of $20Million in group sales, travelled to 50+ countries and lived in Spain, Germany, Trinidad, Netherlands and the UK.
In the face of extreme adversity, Camilita rose against all odds to become a dynamic powerhouse of success and inspiration with her straight-forward advice to impart real-world knowledge.
MEET OUR EMCEE 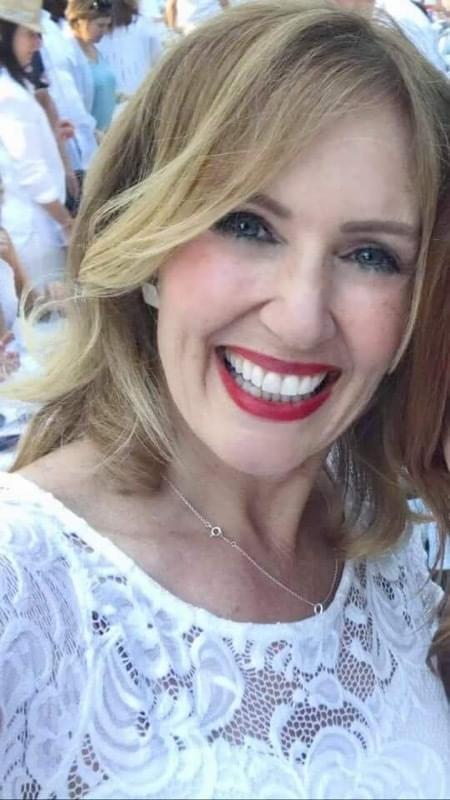 Challenged with self-doubt and low self-esteem, this awkward farm girl had only a dream of making it in the big city. She overcame huge personal and financial challenges to become a successful lawyer, entrepreneur, bestselling author and speaker, inspiring others with her passion.
Having spent an unfulfilling yet successful time in the corporate world, and she’s now rewriting the rules for success and setting an example of how women are changing the world. Maureen is passionate about helping other women achieve their goals and lead a more fulfilling life.
She worked her way up the ladder in the corporate world working on billion-dollar deals. Feeling trapped in a soul-less workforce, she left that world to ultimately become her own boss start her own business and really focus on changing the lives of others.
Maureen has turned the practice of law into being an entrepreneur. She created a modern successful business, making money, all while learning to love herself and balance a family and the personal responsibilities we all face.
She is a thought leader and catalyst for change in the business world. Anything is possible when you believe in yourself and learn from others who have paved the way for us.
For many years now, enthusiastic audiences have learned how they can build a successful business and a better life.
Her story will inspire you become the person that you want to be.
Click Here to Grab Your TicketsBy clicking the above, I agree to the Terms and Conditions
Click Here to view the Terms & Conditions
SECURE YOUR SPOT NOW
You'll Definitely Want to Be There!
Get the Early Bird Special!
About the Producer 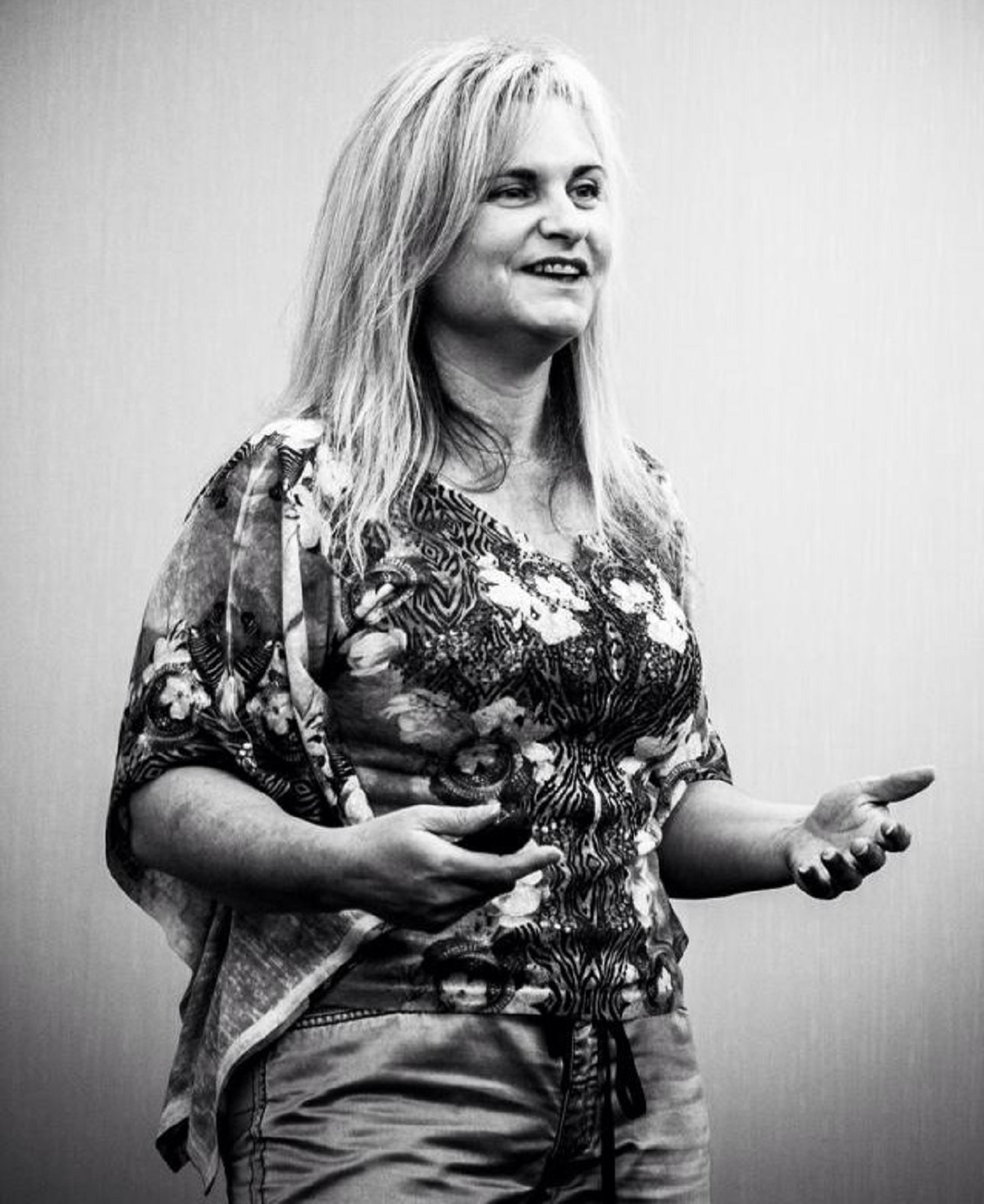 The Toronto Women’s Expo is on it’s 10th year and is a one-day combination seminar-and-trade-show, designed to take you to the next level of success in your personal life and your business life.

Only the best appear on our stage and they give everything they’ve got ... their knowledge, tools and resources ... to help you succeed.

+ WHAT CAN I EXPECT TO LEARN FROM THE SPEAKERS?

Be inspired by what others do to share as much as they can in light of helping others get past their struggles and elevating themselves.

Grow yourself, find out how you too can make an impact on your communities and beyond.

Click Here to Grab Your Gala Tickets Here By clicking the above, I agree to the Terms and Conditions
Click Here to view the Terms & Conditions
SELECT YOUR LEVEL OF COMMITMENT
Scroll for Lunch & VIP Options
FREE TICKET/GENERAL ADMISSION

GET THE EARLY BIRD BY AUG. 31ST
Buy VIP Pass

Why choose the VIP Lunch over the Buffet Lunch?

Bonus: Downloads of Volume I & II of Empowering Women to Succeed

Bonus: You will be added to the Secret Facebook group for VIPs 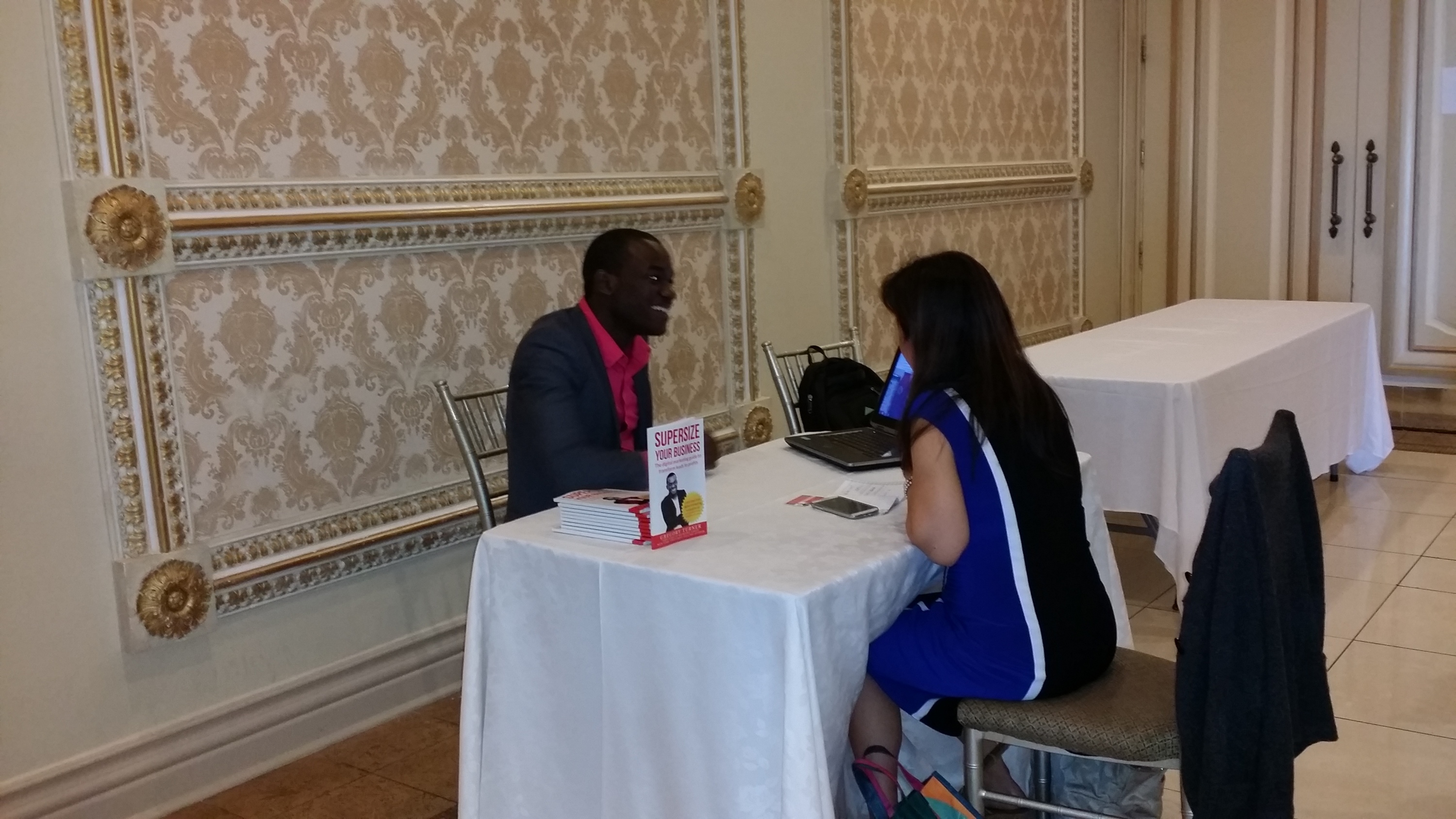